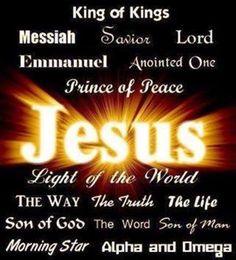 Proofs that Jesus is the Son of God

One of the most popular claims in Christianity, which marks it unique from its origins in the Bible, is the belief that Jesus Christ is God and the Son of God. While we look to our Messiah, the Son of God who would save Israel and the entire world, Jesus rose from a place of no political or financial importance. He was born into a humble family with no reputation. But most importantly, Jesus Christ proved to be the son of God and God.

In His historical background, Jesus of Nazareth was born in the house of Joseph and Mary. By then, the Roman Empire controlled Israel through governors aided by local rulers. Further, He worked for three years before His arrest and execution by crucifixion. Also, the story of Jesus Christ turns, with the Gospel writers alongside other witnesses proving that He rose from the dead. This was possible because Jesus is Christ – the Son of God. 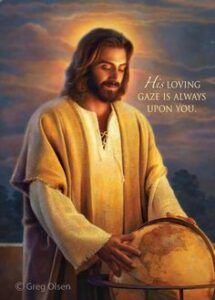 According to the Christian faith, God exists as a Trinity, where He is one God with three persons – The Father, Son, and the Holy Ghost. Similarly, the Son of God is a concept in Christianity, and it stems from the belief that the Father sent Jesus Christ for a specific reason.

This is very different from the individuals who refer to themselves as sons of God or children of God — who are mortal individuals. These are people with the right relationship with the Lord Jesus Christ. The Son of God with capital “S” in the son – is a name in Christianity for God in the flesh. For the believers in the Trinity, Son is the second in the Godhead.

Confirmation By Jesus To Be The Son Of God

Also, the book of Mark 14:36 has more significant information about Jesus Christ:

“And He said, Abba, Father, I know that all things are possible to you. Please take away this cup of pain from me. However, let not my pleasure, but your will be done.”

When he was taken on trial, Jesus was patient and very humble. Generally, Jesus remained silent and did not answer. Because the accusers were asking Him very provocative questions. And this time, the high priest asked Jesus, “Are you the Christ, — the Son of God?” And Jesus Christ replied,

“Yes, I am,” said Jesus. “And sooner, you will see the Son of Man at the right hand of Almighty God and coming on the clouds of heaven.” 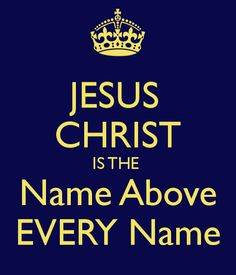 Typically, the Bible verifies this information primarily by several proofs, which includes quoting the testimonies by supernatural actions, other witnesses, and elements of the Lord Jesus Christ, — the life that are best explained by Jesus’ role as the Son of God.

Biblical Proofs that Jesus Christ is the Son of God

There are many different instances in the Bible, where the name “Son of God” is applied to Jesus. That informs and reinforces the divine relationship of Jesus Christ with the Father. Most popular claims are categorized by the prophet, supernatural beings, and the Apostles.

Before His birth, Jesus maintained the name the “Son of God.” When the angel Gabriel came to give Mary the good news that she would be the mother of the Lord Jesus Christ, he made the assurance twice.

During His ministry, Jesus openly cast out demons, which also addressed Him as the Son of God. Luke 4:41.

And when the unclean spirits saw Jesus, they fell before Him crying out, ‘You are the Son of God.’”

The prophetic message by John the Baptist affirms. He is a significant witness, as he was sent to fulfill the prophecy of going before Jesus Christ and proclaim His coming. According to the book of Isaiah 40:3, the Bible foretells, “A voice cries; ‘prepare the way of the Lord; and make straight a highway in the desert for our God.’” This is the voice that went on to proclaim the way of the Lord Jesus Christ and further baptized Him.

How Can I be Saved Through Jesus Christ, You-Video

John 1:34: “And I have seen and borne witness that Jesus Christ is the Son of God.”

3. The Apostles and Disciples

The disciples and the apostles followed the Lord Jesus, listened to His teachings, and witnessed His miracles. Also, they began giving testimony of what they saw, and who they believed Jesus Christ was. At first, they may not have fully grasped in whose presence the disciples and apostles stood. However, over time, they began to create personal relationships with the help of the Holy Spirit.

“And those in the boat worshipped the Lord Jesus Christ saying, ‘surely you are the Son of God.’”

“Jesus said to them, ‘But what about you, who do you say I am?’ Then Simon Peter replied, ‘Truly you are Jesus Christ, the Son of the living God.’”

Actions and Aspects of the Son of God

Above the claims that Jesus Christ is the true Son of the Most High God, several times documented evidence verifying this, by action, or by the aspects of the power and character of Jesus Christ.

The New covenant — All You Need to Know!

From the beginning, God sent away Adam and Eve from the Garden of Eden. This was after they disobeyed their creator. Genesis 3:24.

Further, the sins of humankind became unbearable in the presence of God. So, He chose to punish sin by wiping out a generation. During the time of Noah. Everyone was sinful except Noah. God commanded him to build an Ark. 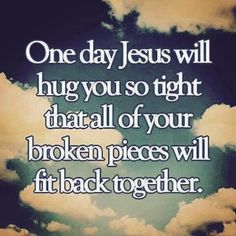 Then he was commanded to enter the ark with his entire family, animals, birds, among others.

And God wiped out the living creatures with heavy rain. Later, God promised never to do that again. In the new covenant, God prepared and sent His only Son to come and die on the Cross so that we live. What was the reason for that greatest sacrifice?

God loves you, and He has excellent plans for you.

John 3:16. “ God’s love for the world was so much that He gave away His only Son, Jesus Christ so that anyone who believed in Him could not perish. Instead, we could have eternal life.

Also, Jesus said that He came that we may have life and have it in abundance, John 10:10.

Disobedience separates us from God. And that is what is called sin. Yes, we are sinful and separated from God. Generally, we’ve done, thought, or said bad things, considered evil in the Bible.

According to Romans 3:23, The Bible says, “All have sinned and fallen short of God’s glory.

The consequences of sin are death, separation from God spiritually — Romans 6:23.

Then, What Happened Next?

God sent His begotten Son Jesus Christ, to die for the sins of man. This is the good news:

Jesus died so that our relationship with God will be restored and we shall be with Him forever.

“God demonstrates His love for us, even when we were still sinners, Christ died for us, ” Romans 5:8.

Surprisingly, it didn’t end with His death alone. He rose from the dead and still lives!

Jesus is the only way to God.

For I am the way, truth, life. Honestly, no one comes to God the Father, except through Me, John 14:6.

How Then Can We Get There?

God loves you and has a more generous plan for you.

When you pray, you will be talking to God. He knows you. So, what matters most is the attitude of your heart and your honesty.

An Honest Prayer For Salvation

I am sorry for the sins that I have committed in my life. Thank you for unconditional love and death on the Cross for me. Thank you for setting me free from all sins and forgiving me today. Dear Lord, my Savior. Please, come into my life. Fill me with your Holy Spirit. And be with me forever. Thank you so much, Jesus Christ!

In Jesus name, I pray and believe,

Congratulations My Brothers And Sisters In Christ

Now is the time to get rooted in a good bible believing church, that is exercising in the Gospel, and does not try to tickle your ear with the ways of the World. Remember when you see a Brother or Sister in Christ fall short, simply pray for them, do not judge them, as we still fall short, however with our new born again spirit we now have a battle

plan against Sin and pain. Please remember God does not look for extravagant great-sounding prayer, he looks for our heartfelt prayer.

One of the problems in our faith is many believe that a Christian should be some sort of perfect person, so when they see us fall short, in their eyes we are hypocrites. This is just another reason we need to be as upright and righteous in the world’s eyes. on the contrary, this does not mean we cannot have fun, as I have more joy now than ever in my life, the true joy that is meant for a believer.